Hi! If you’re here, you probably know who I am already, but in case you forgot, here’s a short biography, awkwardly presented in the third-person.

Nik Bonaddio is the Founder and CEO of TBD, a yet-to-be-announced venture-backed company. Previous to that, Nik served as Chief Product Officer at FanDuel. Nik joined FanDuel via the acquisition of numberFire, a sports analytics and media platform where he served as CEO, in September 2015. 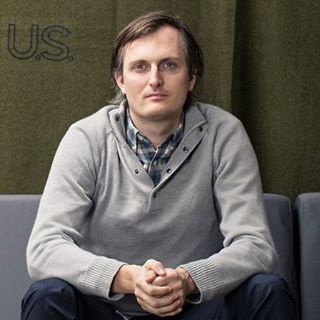 Nik has extensive experience in the startup industry, serving in product and creative executive leadership roles for several notable companies, including Spongecell (Halo/IPG) and WorkMarket (USV/Spark Capital), before founding numberFire after appearing on ABC’s “Who Wants To Be A Millionaire?”. Prior to the startup world, he was at Yahoo!, where he was the lead designer for the OpenID/oAuth implementations and all payment and checkout screens.

Nik has presented at the MIT Sloan Sports Analytics Conference, the Ivy League Sports Symposium, the Forbes Sports Business Conference, and many other sports and technology events. He has been profiled in print in Forbes, Entrepreneur Magazine, Sports Illustrated, Inc, and Fast Company, and digitally in a number of influential publications.

Nik is lives in Brooklyn, and can be found rooting for the Pittsburgh Penguins and being bossed around by his cat.